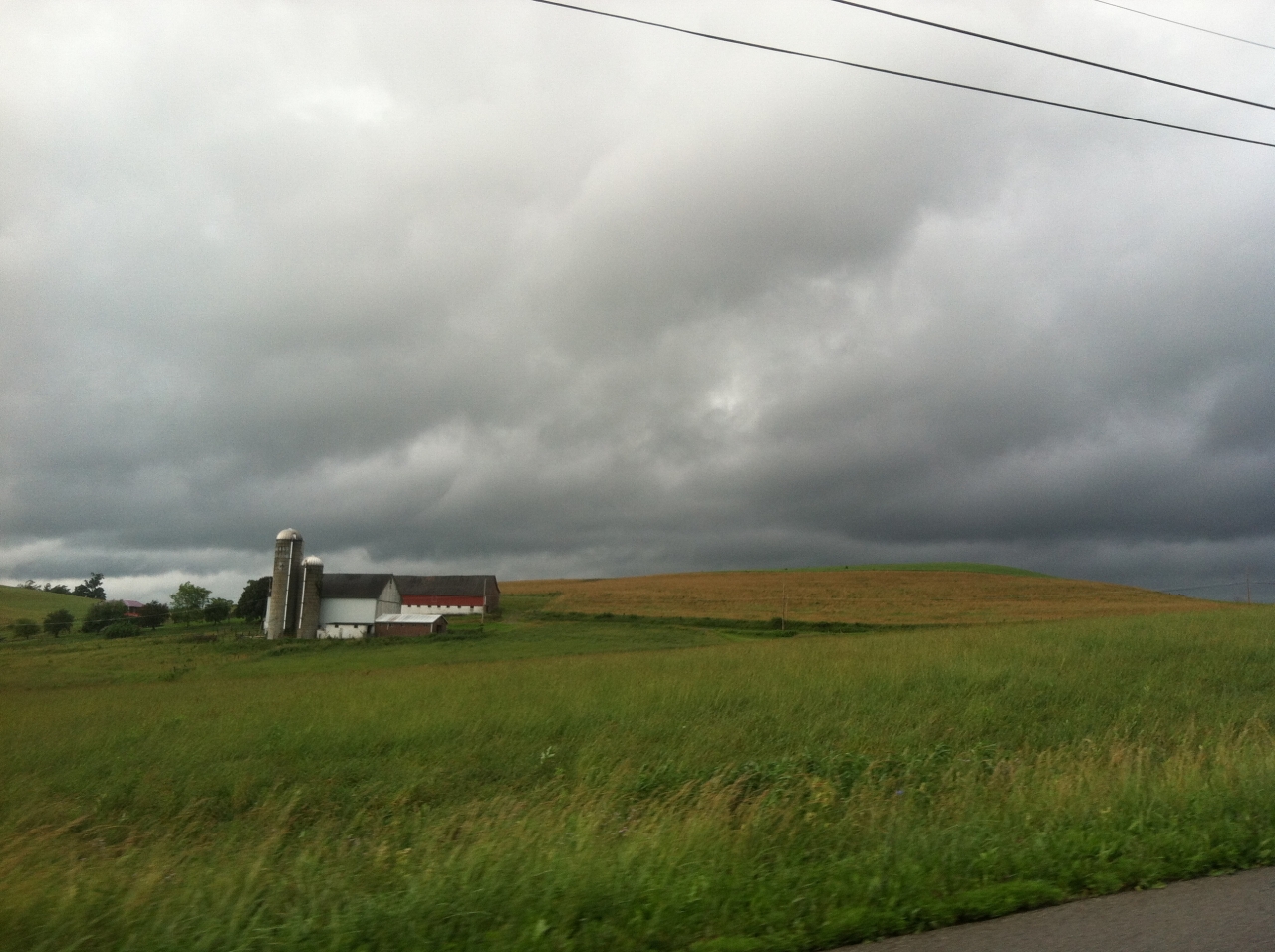 The last you heard from me I was tired and grumpy in New York City . . .

It is bizarre to think that I left that city exactly a month ago, after having spent only a week there. I’ve now been on the east coast for one month and twelve days. My original idea was to spend a majority of my time in NYC getting immersed in the literary scene. And as is the case with original ideas, that obviously isn’t what happened.

I spent a weekend in Upstate New York with a friend I hadn’t seen in five years. It didn’t feel like much time had gone by when, after walking two miles in pouring rain, we hugged and started to catch up. One of the days we took a trip to the Shawagunks and found a spectacular waterfall and a series of pools that led to it. That weekend also included a train stopping when it saw us on the tracks, and a sprint into the woods.

After the weekend trip I made my way south on the Hudson line to Union Terminal and walked one final time through Mid Town to the bus stop in the West End. That bus took me to Philly where I was picked up by a friend that whisked me to the top of the Rocky steps, then Jim’s Cheesesteaks. Then Tony Luke’s.

Yes, you read correctly. I ate two cheesesteaks in one day. Two and a half to be exact.

Then we made our way to College Park, MD (D.C. suburb). I have been staying here with some friends since.

This trip is pockmarked with transitions, for others and myself.

The second day here I stayed with two friends at the house they had just signed the lease on. It was so fresh they didn’t have hot water yet.

Soon after getting here I began hanging out with a friend from the road who lives in D.C. And have spent a lot of time learning about the city and staying with her (what do you call dating on the road?).

One of the new roommates was spending his last weekend with his girlfriend that was moving away.

For the 4th of July I went to the property of a new friend that felt like an old one. It is located on 70 acres in Western Maryland where they are going to develop a permaculture farm and community space to transition from this culture’s destructive mindset to a creative one.

My friend’s parents hired me to help around their house, much of the work includes helping them to sift through clutter and find out what from the past is no longer useful in the present.

The house two doors down burnt down.

South Carolina removed the Confederate War Flag from the statehouse (whether or not you agree with what happened it is definitely a sign of transition).

I got accepted to a year long massage program in Montana.

And to top it all off I just drove with a friend from D.C. to Nashville, then to a town near Asheville so he could buy a converted short bus to travel in from another friend who just bought 16 acres with his new partner.

Last night I spent a few hours talking with a friend who is visiting from Russia. It was strangely unshocking to hear him start talking about relationships and whether or not to dominant norm of monogamy is ‘right’; a conversation that many friends have been drawing me into as of late. However, his perspective was much different. He is 54, which means he was born in the U.S.S.R. His cultural past includes a society with the desire to remove children from their biological parents to be raised separately and brought up as their own autonomous selves, void of an atomic family. He lived the transition from U.S.S.R. to the nation that is now Russia. He has to travel to the United States occasionally in order to maintain his visa. Yet his mother is very sick in Moscow. She is the only family he has, or at least that talks about. Things are waiting to transition for him, and his mother.

All things are transient. Our bodies, minds, the water, air. Life and death. The atoms that make up the screen you are looking at right now were not a screen five, ten years ago. I heard somewhere recently that it takes about 18 days for all of the water in your body to be recycled. This means that I’m now made up of over 75% East Coast. But what is East Coast Water in a hydrologic cycle that connects all corners of the planet with no beginning or end, and a planet that seems indifferent to our arbitrary borders? What is transition without beginning or end?

In the same way that things change, sometimes they don’t, sometimes things become sedentary, stagnant. And that is okay. Too often we feel rushed to the next place, the next stage. That is what progress is made of after all. But what is progress if there is no time to sit still and wait for what’s to come?

It is sound without pause.

Progress for the sake of progress is delusional. A cacophony of gut-wrenching, insatiable wants and desires.

A whittled stick will dull faster under the blade then by use.

Don’t forget to take pause, to reflect and allow yourself the time to relish in what has been and what is.

Give yourself time to whittle, but also take time to appreciate your craft.

is a spoken word artist and writer who has been traveling North America for the last five years. He has worked as a tour manager, ride operator, caretaker, and salmon canner, along with attending some college and many different social/environmental justice summits, conferences, and camps.

How do you reflect on transition periods in your life? What do you call dating on the road?

5 thoughts on “Time to Whittle”